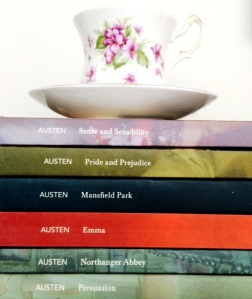 No one can tell a love story quite like Jane Austen.  Her six novels have remained popular for over two centuries thanks to her wit, her unforgettable heroines, and—oh, yeah—those dreamy dreamboats that no other author could have created. Poll a group of Austen lovers on their favorite swoon-worthy hunks and you’ll probably get half a dozen different answers. Jane has a little something for everyone. In honor of Valentine’s Day, here is my ranking of Austen’s heroes, from good to off-the-charts perfect, and I welcome you to share your favorites, too.

Note: I am only ranking Austen’s heroes—not the rascals, rakes and rapscallions. That’s another blog for another day…and Willoughby will win that one for me any time.

Edmund is a really nice guy. He doesn’t give his family any worry like that brother of his, Tom, and he’s pretty much the only one who is nice to poor Fanny for much of her life. He wants to be a clergyman and he’s good with horses. Edmund’s good people. I like him a lot, but someone’s got to be 6th runner up, and even though times were different then, it’s hard to forget that this guy marries his cousin. Plus, he gets way too taken in by that Mary Crawford.

Now, if we were basing this on the way Edward has been portrayed on screen (particularly by Dan Stephens in the 2008 BBC version), he would be ranked much higher. On the page, though, Edward can be a little bit of a bore. Don’t get me wrong—he’s sweet, and he’s kind, and from day one he clearly loves our Elinor, but he just can’t seem to get out of his own way sometimes. Besides, there’s the whole thing with Lucy Steele. I get that he’s a man of his word and that he didn’t want to turn back on a promise he once made, but leading one girl on when you’ve got a secret engagement to another? Badly done, Edward.

Still love you, though.

Oh, Henry. What a doll. He’s kind of sarcastic and he teases our Catherine a little too much at times, but there’s not a bad word to say about him. He’s a good brother and a good son, even when he doesn’t have to be. Could he be a little more open with Cathy when he knows her imagination gets the best of her? Sure. But we’ll let that slide for the charmer that he is. Plus, he gets bonus points for being nothing like his brother and his dad.

If you’re looking for honorable, Colonel Brandon is your man. He stays true to his first love for years and years and even takes in her daughter after she dies. He could spill all the beans right up front about why he hates Willoughby so much and save everyone a lot of hassle, but that’s just not his style. He’s a good friend to the Dashwoods and even sets up a place for Edward when his mother disowns him. This guy is the glue that holds all of Devonshire together, but he never once asks for credit—nor does anyone give it to him, really. All he wants is a little love from Marianne, and even then, he waits patiently while she’s all, “Willoughby this and Willoughby that.” This guy. He’s just the best. Or at least a solid 3rd runner up. 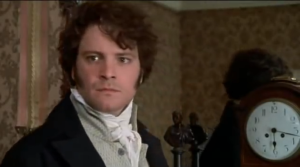 Is there a Jane Austen fan out there who hasn’t fallen in love with Mr. Darcy? I mean, this guy is the stuff that legends are made of. Pemberley. The botched proposal. The good proposal. Fixing the Lidia situation. Pemberley. (Oh, have I mentioned that already?) Yes, the guy has a major attitude problem and is way too snobby for his own good. He’s socially awkward and grumpy and refuses to dance at balls. His aunt is a straight up beast. But, guys, this is Mr. Darcy, and even with the long list of reasons indicating that he’s kind of a jerk, he is the hero we’ve held all other heroes up to for two hundred years. Why? Because he loves Elizabeth Bennet. We love Elizabeth Bennet. And if a stodgy, stuffed shirt like Fitzy can let his guard down enough to tell Elizabeth how much he admires and loves her, take care of her family scandal without wanting a pat on the back, and put aside his pride enough to tell her that his feelings are unchanged, even months after she’s told him off, how can we not fall head over heels for him? He’s Mr. Darcy, for heaven’s sake.

I say this with all the love in the world—Emma Woodhouse has some flaws. But don’t we all? She’s a little gossipy and lets her matchmaking get the best of her and, at times, she can get so wrapped up in herself that she unintentionally hurts others. Despite all of that, Mr. Knightley loves her. All of her. Always has, always will. Does he get fed up with her and tell her when something is “badly done”? Of course, but that’s only because he loves her so much and wants her to be the best she can be. Above all, Mr. Knightley is a good friend to Emma, which makes him the perfect love match for her. He loves her for exactly who she is, and for that, we adore him. Besides, he has one of the best lines of any literary hero ever: “If I loved you less, I might be able to talk about it more.” Be still, my heart.

They honestly don’t come any better than this. He’s a naval hero, a self-made man, is super hot and writes the best letter in all of literature. He is “half agony, half hope.” He never stops loving Anne Elliot even though she broke his heart, even though she’s an “old maid” of twenty-seven (thank God we don’t live in the 19th century) and even though she is considered unmarriageable by everyone around her. And can you imagine what he must look like in uniform? Jane Austen clearly saved her best hero for her last novel, which only poses the question of what kind of heroes she could have continued churning out had she lived long enough.

(For more on Wentworth, check out our Literary Hunk of January.)

Which Austen hero do you think makes the best valentine? Share your thoughts below!

And don’t think I’ve forgotten about the rogues. Their day will come.