The Emmy nominations were announced last week, leaving book-to-screen fans either jubilant (if you’re big into Game of Thrones) or outraged (Really? Nothing for Outlander? Really?). As Netflix and pretty much everything on PBS will show, TV adaptations of beloved books are all the rage right now, so here are some more books I would love, love, love to see on the small screen one fall.

Do you love Outlander? (Of course you do, unless you haven’t seen it.) The Bronze Horseman would be right up your alley. A love story set against WWII Russia (and beyond), this series has got all of the makings of a sprawling, addictive TV show: Passionate romance, captivating history, TONS of action and adventure, and a couple that you will seriously (seriously) never tire of. The trilogy’s huge fanbase loves getting into heated discussions about Tatiana and Alexander as it is. Make this thing into a TV show and Twitter would pretty much explode with #ShuraLove.

The world can never have enough hilarious sitcoms. Even though Confessions of a Shopaholic was already made into a totally delightful movie, it would still make a brilliant TV show. (Please see: Friday Night Lights.) Becky Bloomwood-Brandon’s I Love Lucy-like escapades would make for the perfect weekly escape. Plus, with the built-in supporting cast (hunky hubby Luke, best friend Suze, hunky hubby—oh, did I already mention him?), the laughs would never end.

One Fifth Avenue by Candace Bushnell

We already know that Candace Bushnell’s books make for fabulous TV. Sex and the City. Lipstick Jungle. The Carrie Diaries. Why not add One Fifth Avenue to the list? The soapy, complicated exploits of a group of swanky people living in a luscious apartment building? I would be glued to my couch every Thursday night (doesn’t it seem like a Thursday show?) with a big bowl of popcorn and my phone in hand, ready for the onslaught of texts from my friends about the latest drama with Schiffer Diamond and Philip Oakland. 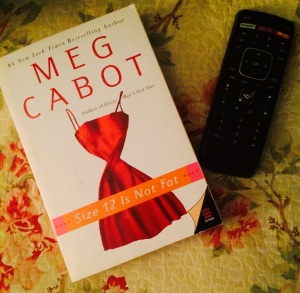 From Remington Steele to Castle, history has shown that there can never be enough adorable detective shows with a romantic twist. That’s why former pop star-turned college housing administrator-turned aspiring (amateur) gumshoe Heather Wells would be the perfect addition to the TV lineup. She’s smart, funny, completely relatable, and always ends up nearly murdered. Add to that the deliciously gorgeous Cooper Cartwright—her landlord/ex-boyfriend’s brother/actual P.I.—and Castle and Beckett will find themselves with major, major competition on their hands.

This Charlotte Bronte novel about a young woman fleeing from her unhappy past to begin a new life as a French boarding school teacher is crying out to be the next BBC/PBS sensation. (Apparently, there was a 1970 version that has somehow become unobtainable.) Villette has it all—drama, love, angst, secrets and a 19th century wardrobe. Obviously this miniseries would clean up at the Emmys. Somebody just needs to make it first.

What books or book series would you love to see on TV? Share your picks in the comments!

6 thoughts on “Five Books That Need to be TV Shows. Now.”