Happy Valentine’s Day, my fellow book lovers! This time of year when there are paper hearts, tear-jerking movies and pink-frosted cupcakes at every corner (yummy yummy yummy), I can’t help but think of my favorite fictional couples.

Okay, let’s be fair. I’m kind of always thinking about my favorite fictional couples, but this time of year is the perfect time to talk about them, don’t you think?

Because I’m a sucker for a good list, I tried to narrow down my favorites to a Top 10, and the  few who didn’t make the final cut will probably still be hanging over my head when I go to sleep tonight. (Sorry, Natalie Jastrow and Byron Henry. I really, really owe you one.)

Without further ado, here are the Top 10 couples who have stolen my heart.

To everyone who says, “Wuthering Heights is not a love story!”  I say, “FALSE.” True, Cathy Sr. and Heathcliff may be the poster children for ISSUES, but the younger Cathy and her cousin Hareton are a match made in heaven. Give me a hoity-toity girl who realizes how wrong she was to turn up her nose at the quiet brooding boy with a heart of gold and I will swoon every time. (And, yes, I know. He’s her cousin. But that’s the way it was back then. Or at least that’s what the classic novels tell me.)

The way I feel about Trot Copperfield and Agnes Wickfeld is how I imagine the creators of How I Met Your Mother wanted me to feel about Ted and Robin. Agnes stands by as Trot’s BFF, supporting him  while he’s  all, “Dora Spenlow!” and all the while I’m sitting around, wishing and waiting for these two crazy kids to get together.

Margaret is spirited, proud, and can’t keep her mouth shut about what she believes in. Thornton is quiet, controlled, and keeps it all inside. They’re both stubborn as heck and the entire time they’re at odds, all I want them to do is stop fighting and start making out. Added bonus: frequent misunderstandings that keep them from expressing (or even recognizing) their true feelings.

Eight years, people. Eight years of them trying to forget each other, trying to move on, leading lonely, half-hearted lives. If there’s one thing we can learn from Anne and Wentworth, it’s that we should never underestimate the power of a well-written letter. 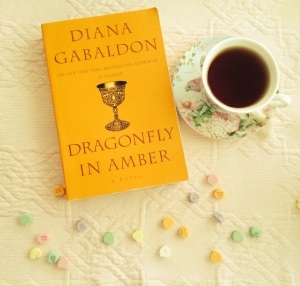 Talk about going to the ends of the earth for the one you love. These two have been through everything and still come out on top. Not to mention that he’s probably the only person who could put up with her stubbornness and still adore her for it. (She can’t help it. It’s genetic, and she gets it from both sides of the family.)

4. Lucy Honeychurch and George Emerson, A Room with a View by E.M. Forster

She’s so sassy! He’s so moody! They kiss in a field of violets! Who could ask for anything more?

From the moment he loaned her 20 pounds in order to buy her fictional Aunt Ermintrude a scarf, they became the cutest couple in history. Because honestly, when you’re the kind of gal who lets herself get wrapped up in elaborate fibs about Finland, it’s nice to have the kind of guy around who’s going to keep a straight face and see how far you’ll take it.

If Jane Eyre were my bestie (like I’ve so often wished she were), I’d sit her down and have a Rochestervention because Eddie Fair’s got problems with a capital P. But here’s the thing I’ll admit once and only once: they’re fictional. (I know. It’s blasphemy. I’ll never say it again.) They’re just so perfect for each other, what with the teasing and true friendship and talk of bleeding inwardly if the invisible cord between them ever snapped.

Rhett Butler and Scarlett O’Hara, Gone with the Wind by Margaret Mitchell

Don’t pay attention to what he says, Scarlett. He gives a damn. Otherwise he wouldn’t have stuck around through Ashley and Charles and Frank and the lumber mill and the visit to the horse jail and he definitely wouldn’t have risked his life to get you through the burning of Atlanta. HE GIVES A DAMN. 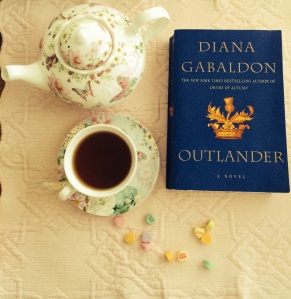 Incomparable. Unbreakable. THEIR LOVE TRANSCENDS TIME. That is all.

Come tomorrow, I’m probably going to be kicking myself for leaving someone major off of the list, but hey, that’s the life of a book-obsessed Libra.

Who is your favorite literary couple and why?