Black Jack Randall, you dirty devil. Of course your return to Outlander had to make for the best hour of television all year. Of course it did.

Episode 205, Untimely Resurrection, was filled with all of the elements that make Outlander the best show on TV: the punchable prince, my main man Murtaugh, St. Germain’s glare of venom, star-crossed lovers Mary and Alex, literally everything that is Claire and Jamie, and close ups of letters being sealed with wax that make me desperately wish we could bring that trend back because it looks super fun. 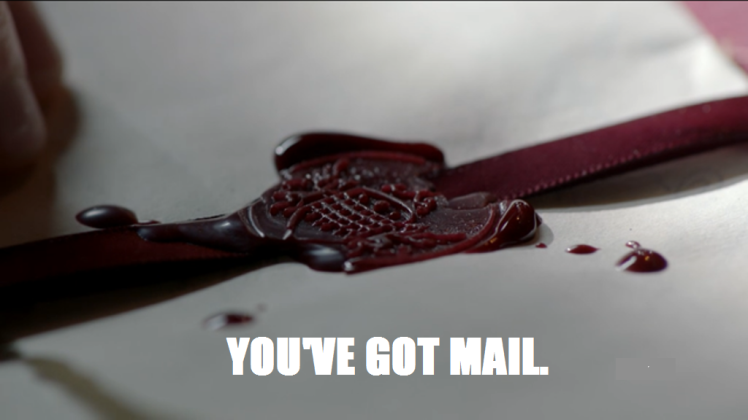 Everything about season two has been amazing so far, but the return of the redcoat we all love to hate upped the ante by about a million—or at least ten thousand pounds of sterling. Now brace yourselves, because this installment of Outlander Superlatives is about to get very Black Jack heavy in a way that makes me very uncomfortable.

I hate giving BJR any kind of honor at all, but the minute I spotted that freaky-deaky look in his eye staring at Claire across the lawn, he made my skin crawl in a way that no one else in the world could do. I said it about Frank in the season premiere and I’ll say it again now: Tobias Menzies and his face-acting deserve all of the awards ever. My favorite? His face when he found out that Jamie was at the stables and he looked like a girl who discovered that the boy she’s been crushing on really is coming to the dance.

Freakiest moment of all of the freaky moments? BJR touching Jamie’s chest. How dare you, sir?!

The Real Hero of the Show – King Louis XV

This guy has done a total 180 since we last saw him straining on the chamber pot. In the face of Black Jack Randall, Louis XV turned into a total Regina George with his band of mean girls behind him. Telling Black Jack to beg and ordering him to his knees pretty much made my life and solidified his place as the King of Outlander.

The only thing more beautiful than JAMMF is JAMMF dealing with a beautiful animal. He loves them. He speaks their language. I could watch him inspecting horses all day every day and never get bored. I’m pretty sure the Duke of Sandringham feels the same way.

Most Brazen Claire Moment – “Take me to the Bastille!”

Notice how I didn’t say best brazen Claire moment this week? That’s because I am so not on board with Claire charging the Bastille and swearing that BJR was Mary’s attacker just to prevent Jamie from killing him. I get it, Claire. You need to make sure boring old Frank is born in another 200 years. I don’t like your actions, but I will admit that what you did takes bollocks—which should more or less be your middle name.

Best of Everything – THAT SCENE

You know who else wasn’t cool with Claire having Black Jack locked up? Jamie. And the dramatic scene with Claire begging for Frank’s life was pretty much the best scene ever. The pain in each of them was palpable, and in case you thought Tobias Menzies was the only one capable of dramatic face-acting, think again. 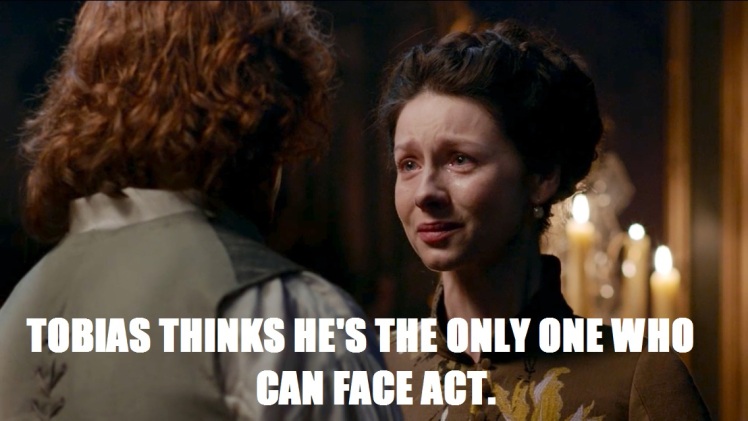 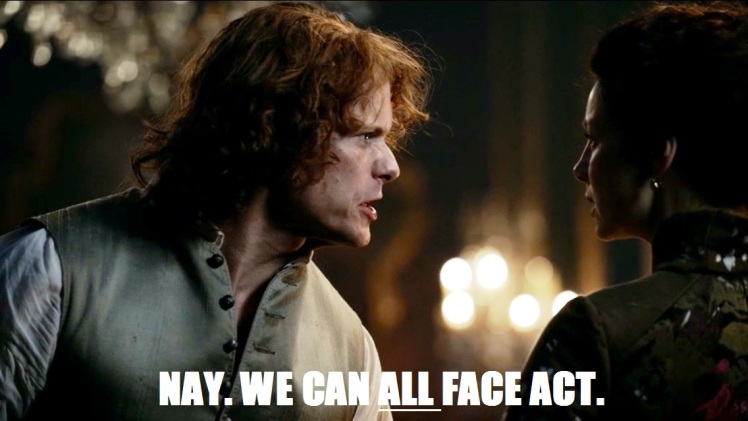 Did I kind of want to slap Claire when she told Jamie that he owed her a life because she saved his twice? Well, um, YEAH because has she totally forgotten about Jamie saving her from that witch trial and Black Jack? But again, I get it. Frank. (Yawn.) And if one good thing came out of this scene, we all got to fantasize about being Jamie’s sword.

This episode didn’t just give us tension, drama and outright agony. It also gave us Wee Fergus falling asleep waiting up for his master, and his master telling him he did a good job and carrying him up to bed, proving what a good Da he’ll be. It was basically the sweetest thing I’ve ever seen and much more worthy of capping off this list than another mention of that filthy scoundrel Black Jack Randall.

Ugh. And there I go doing it anyway. Damn you, Black Jack Randall!!!

Are you ready for more Black Jack in your life? More Murtaugh? (Always.) And how many more times do you think Bonnie Prince Charlie can say “mark me” before we all go insane? Only time (or episode 206) will tell.