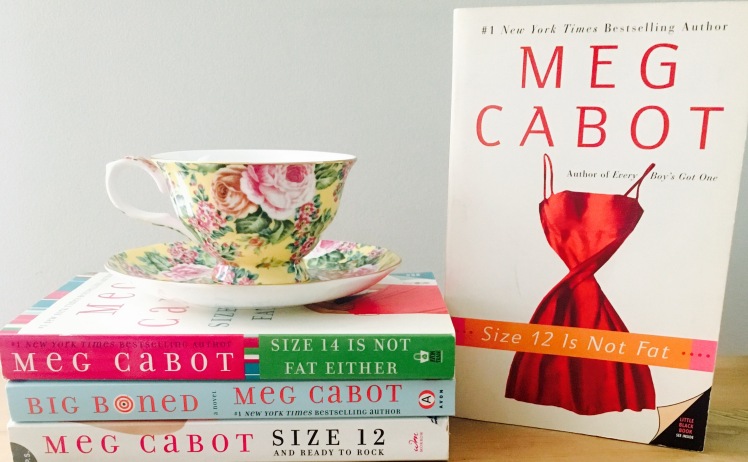 Let’s get real–the month of May has got a lot of things going for it. The flowers are in bloom, sundresses are back in full effect, and my summer-long goal of consuming my body weight in corn on the cob can officially begin. (#BUTTER) The downside to May, of course, is that so many great TV shows are ending for the season, and I find myself wishing more than ever that a few of my favorite book series would be adapted for the small screen. As a child of the Remington Steele/Hart to Hart/Hunter golden age of television, I have a huge soft spot for detective shows with a romantic twist, and I’m 100% confident that Meg Cabot’s Heather Wells mysteries have got all the makings for some major Must See TV. They’ve got a spunky heroine to root for, murders to be solved, and the hunkiest PI in all of New York, our Literary Hunk of May, Cooper Cartwright.

Cooper Cartwright is just the best. I fell in love with him the first time I met him in his garden apartment in Size 12 is Not Fat and I’ve been obsessing over him ever since. There is nothing not to love about Cooper, from his adorable name to his ice blue eyes to the way he rocks a good cargo pant. He’s a great listener (a trick of the trade) and  he unwinds by listening to jazz music in a totally unpretentious way. Nothing about Cooper is pretentious. He’s entirely his own man, shunning his filthy rich family and forgoing the opportunity to be in a boy band so that he could go to college.

(I know, I know. Boy bands are the best, but Cooper’s just not the boy band type. He doesn’t even understand how TRL works! And he’d never survive in the public eye. He likes a low key lifestyle. Obviously. He’s a private eye.)

I could gush about Cooper forever–his dry sense of humor, his affinity for one-on-one basketball, the way he’s always there with a sandwich when you need one–but the best thing about the gorgeous black sheep of the Cartwright family is his heart of pure gold. It’s not every day you’ll find a guy who will offer his brother’s ex-fiancee and her dog a place to live free of charge just because she needs it.

It’s also not every day you’ll find a guy who may or may not own a fanny pack and who repeatedly says that he can’t do the chicken dance, but hey, that’s our Cooper.

Heather Wells is such a lovable, smart, funny and all around awesome heroine, it seems impossible for any guy to be good enough for her, but Cooper’s not just any guy. Heather and Cooper go together like corn on the cob and butter, and their relationship is every bit as delicious.

And that’s saying something. Because I really love my corn on the cob and butter.

Haven’t met Cooper yet? Be sure to check out Meg Cabot’s five Heather Wells Mysteries! For more on the always amazing Meg Cabot, be sure to follow her on Facebook and Twitter! (Especially if you like cats.)

For more hunky men of the page, check out our past honorees!

6 thoughts on “Literary Hunk of May: Cooper Cartwright”