Dearly beloved, we are gathered here today to get through this thing called Droughtlander. The months we will have to suffer through before we can revel in season 3 seem daunting, but let’s not think about that now. Let’s think about it tomorrow. 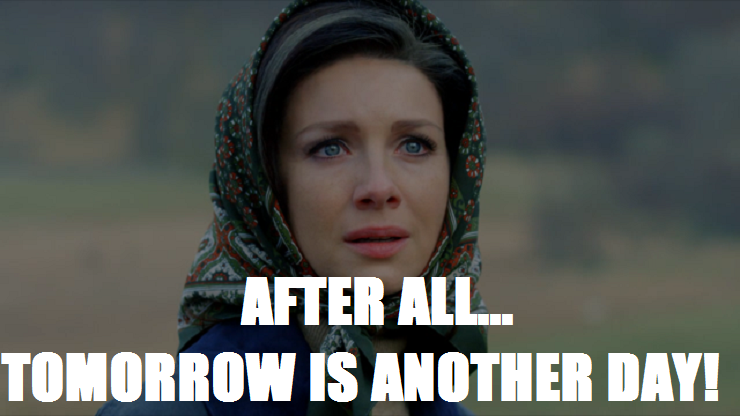 Many of us have been waiting for Roger and Bree’s appearance since we heard that Outlander was going to be a TV show. AND NOW THEY’RE HERE! AND THEY’RE SO ADORABLE! I actually found myself bouncing with glee every time they looked at each other, thinking of all that could lie ahead for these two. I have a feeling it’s a lot.

The Real Star of the Show: ‘60s Fashion

I don’t even know where to begin. First, there’s Bree’s hat.

But most importantly, there are SO MANY TURTLENECKS. Not that turtlenecks are unique to the 1960s. I wait all year for turtleneck weather. But apparently, 1968 was a killer time for turtlenecks and the Randall-Fraser-Mackenzie-Wakefield tribe looks so fabulous in them. (Which is no surprise. Claire’s been rocking amazing knits since 1743.) 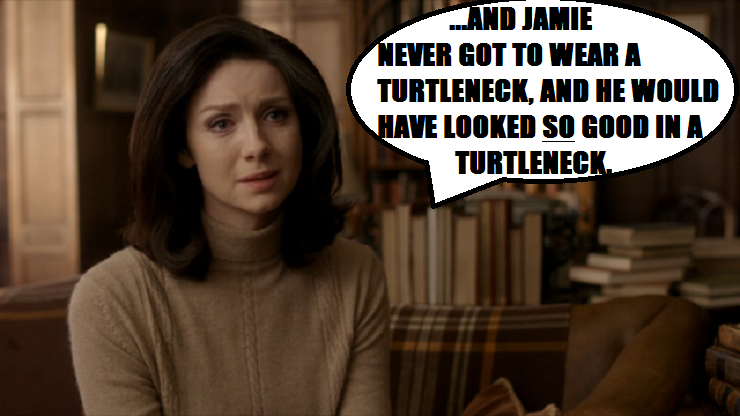 Not to rush the summer or anything, but come November, I have the distinct feeling you’re going to find me in a fair isle sweater and some cords. #ThanksBree

Why do boots not fall under ‘60s fashion? Because boots ALWAYS deserve a category of their own. And there were so many great boots in this episode! I want them all. Even this lady’s. 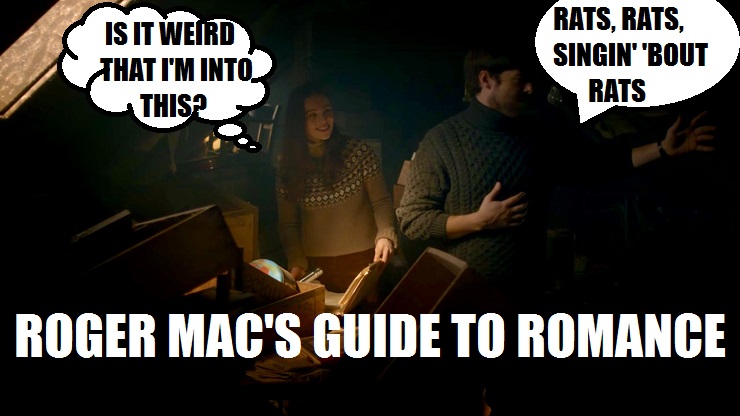 Because a rat satire should have its own line in the credits. Because it’s a rat satire. Also, I know Roger was singing in like a ha-ha funny way, but I’m crossin’ my fingers that it won’t be long before Roger Mac is crooning the sweet sounds of “Loch Lomand,” ye ken?

Biggest Chills: Back to Lallybroch

I canna even talk about it. This says it all.

Reason 67,987,425 to love Murtaugh Fitzgibbons Fraser: He hears that Jamie killed Dougal and he’s like, “Cool. so what are we doing this afternoon?”

Comparing someone to Audrey Hepburn is literally the highest compliment I can ever pay them, and as I reached for my twelfth tissue of the night watching Claire visit the Clan Fraser grave at Culloden, I thought, “IN THE NAME OF CHARADE AND ALL THINGS HOLY, IT’S AUDREY!” Throughout the episode, I continued to get glimpses of Vivien Leigh and Elizabeth Taylor–not because Cait was mimicking them, but because she embodied the golden days of Hollywood. I’ve said it before and I’ll say it again–give her all the awards ever. 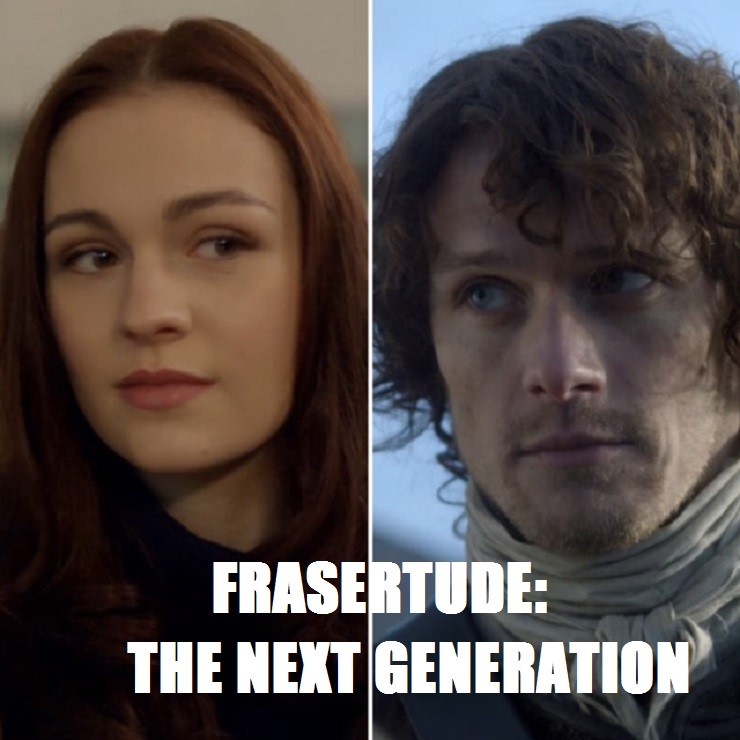 Biggest Grab Somebody to Hug Moment: Jamie and Fergus 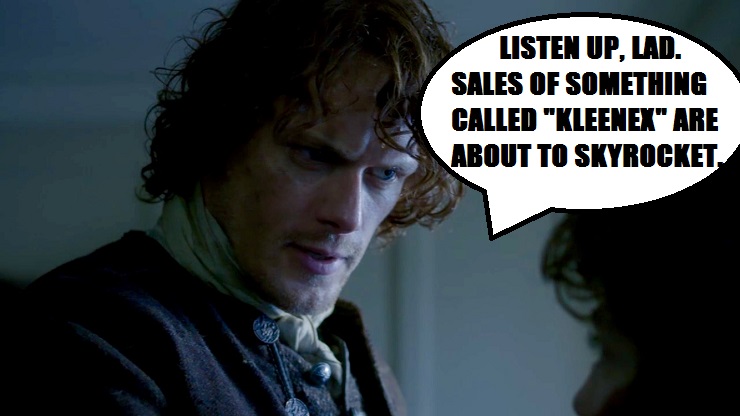 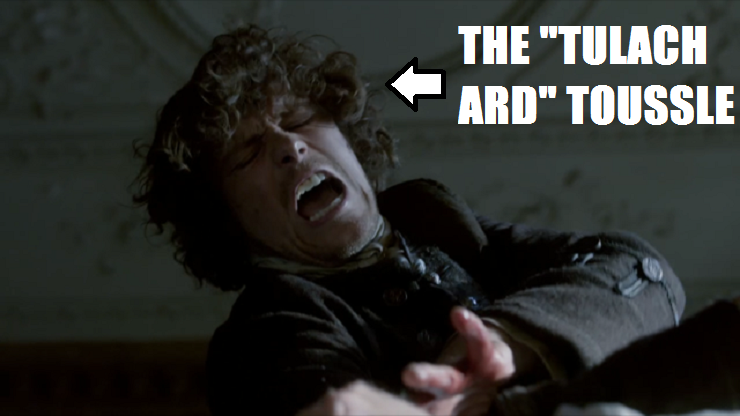 JAMMF, your hair is always looking mighty fine, even when you’re murderin’ your uncle. At least Dougal’s last sight is a pretty one.

One of my favorite things that Jamie Fraser has ever said–”Lord, ye gave me a rare woman, and God I loved her well.” I fully understand that the page and the screen are two different mediums, but I’m not going to deny that I danced with joy when those famous lines made it into the show.

When Claire first proposed the plan to off BPC, even Jamie was like:

But, hey, all in the name of stopping Culloden! And also, maybe she was a little tired of his “mark me”s.

Biggest Tearin’ My Guts Out Moment: “I can’t leave you” 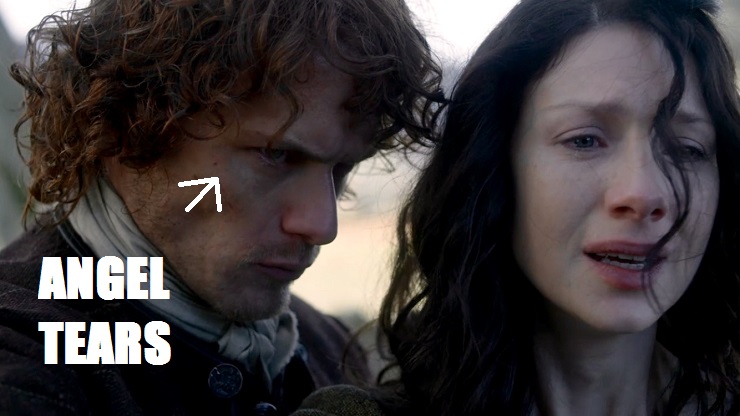 This show has made me shed a lot of tears over the course of its two seasons, but without fail when Jamie cries, I CRY. I canna even let myself think about the two of them saying goodbye at Craigh na Dun–except I kind of am thinking about it since I’ve watched it about 30 times now.

So, fellow Droughtlanders, what did you think of the finale? Did you have a favorite moment? A favorite boot? A favorite curl on Jamie’s head? Let’s get each other through the next however-many months by discussing it all ad nauseum. And by rewatching seasons one and two. Again.