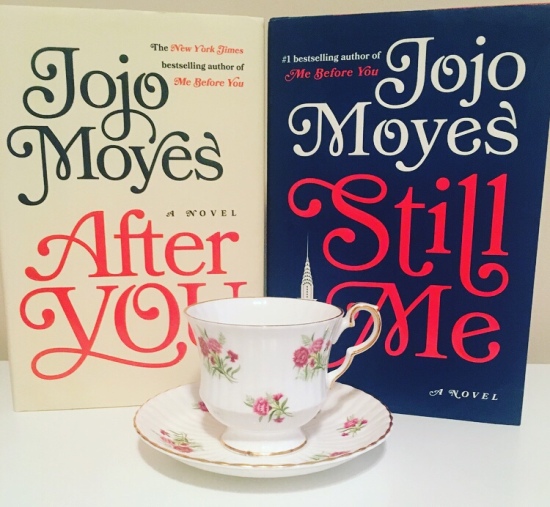 Do not adjust your screen. This is the second post this week dedicated to Jojo Moyes’ Me Before You series, and for very good reason. Today, I want to talk about that dreamy paramedic with the big hands and even bigger heart. Today, I want to talk about the man who won me over three years ago in After You and again last month in Still Me—our Literary Hunk of March, Ambulance Sam.

I’m not going to lie. It took me all of three seconds to dive head over heels for Sam as soon as he lifted a badly broken Louisa into his ambulance in After You and assured her he wasn’t letting go. If there’s anything dreamier than a man who dedicates his life to saving others, I don’t know what it is, and with Ambulance Sam, it’s not just that he saves Louisa’s life, it’s that he does it so calmly, so soothingly, as if piecing a person back together is a perfectly natural thing to do. He’s seen things—a lot of things—but he remains so steady and reassuring, the kind of person you want by your side always, and not just when he’s on duty.

Off-duty Sam is just as swoon inducing as he is in uniform. The same tough guy who wears a leather jacket and rides a motorbike (his only vice) is also the guy who has a little garden, and raises hens, and is building his own house. He’s a great uncle—scratch that, he’s the best uncle—and despite his layers of inner pain, he is an emotional rock for everyone around him. He’s a good listener, and he’s got that perfectly dry sense of humor, and he’s also an incredibly thoughtful gift-giver.

Never underestimate the power of a thoughtful gift-giver.

On top of that? He’s intuitive. He reads people—most of the time. And he’s got really good hair, the kind you want to run your fingers through. (Taking Louisa at her word on this one. That Clark would never steer us wrong.)

But what I love most about Ambulance Sam is his love for our darling Lou. Lou is a treasure—a unique, quirky, shining star of a girl, and he loves her, and appreciates her, and encourages her to live her best life. He doesn’t want her to pretend that Will Traynor didn’t exist, because he knows what it’s like to lose someone you love, and he’s not trying to replace him. He’s just Sam. Strong, funny, romantic, good-in-a-crisis Sam.

The man will always make my heart race, and I don’t need any of his medical equipment to prove it.

Do you have a fondness for Sam and other literary hunks? Get those voting fingers ready, because the Book Perfume Literary Hunk of the Month March Hunkness competition is coming back this week!