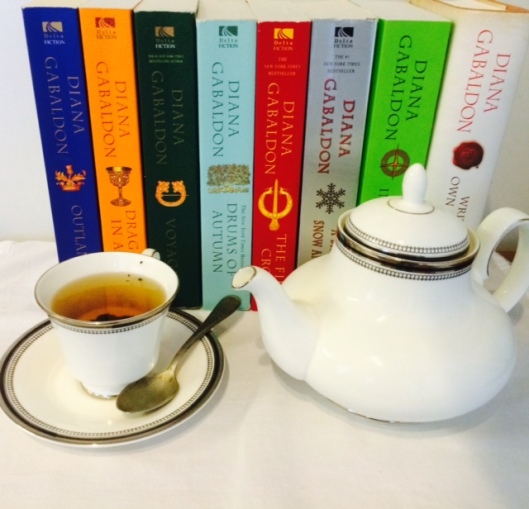 Readers, you have spoken.

Or should I say you have clicked your little paws off?

After five rounds of competition with a bevy of literary dreamboats duking it out, a new champion has been named. And Great Scot, he is hot.

In round one, he triumphed over poetic icon Dr. Yuri Zhivago. Round two saw him take on the legend in a reindeer jumper, Bridget Jones’s Mark Darcy. He had twice his work cut out for him in round three as he faced Little Women’s Professor Bhaer and After You’s Ambulance Sam, and in round four, he overruled Something Borrowed lawyer Dex Thaler. The final matchup wasn’t easy. Two-time semi-finalist and literary hunk to rule all literary hunks Fitzwilliam Darcy has never been one to go down without a fight. But in the end, it was a landslide victory. It looks like Darcy will have to settle for being runner-up for the second year in a row, because the 2018 Book Perfume Champion of Hunks is….

That’s right, friends. Once again, this distinguished honor has gone to an Outlander hunk—only this time, it’s a comeback kid who just last year was knocked out during the second round of competition. One might say it’s the Return of the Mac, and I’m sure our 2017 Champion, Jamie Fraser, is happy to hand off this honor to the son of his house.

Like JAMMF the Champ before him, Roger Mac will reap many benefits as Champion of Hunks. He will be able to sing his own praises any time he sees fit (which is great, because the boy can SING). He can preach a sermon about the advantages of being so dreamy, and if he wants to get all nerdy and give us a lesson on the history of literary hunks, he can do that too. Oh, and he absolutely gets first dibs on any biscuits and scones that pass the bookshelf. That goes without saying.

Of course, we must take a moment to acknowledge the thirty-three other hunks who made this competition oh-so-interesting this year, especially our two-time runner-up Darcy. If for any reason Roger is unable to fulfill his duties as Champion of Hunks, the responsibilities will fall to Fitzy D—but let’s face it: Roger Mac has never met a challenge he couldn’t take on, especially when scones and biscuits are involved.

It also wouldn’t be right to let this year’s tournament go by without thanking Jamie Fraser for carrying the title so beautifully for the past year. Whenever the need for hunkiness arose, JAMMF was there, as handsome and swoon-worthy as ever. As Champ Emeritus, I know he’ll provide his fellow countryman with advice and guidance as needed—even if it’s not requested.

Finally, I have to thank all of YOU for playing along and voting! This was so much fun and I can’t wait to do it all again next year. In the meantime, let’s raise some whisky—or tea, or biscuits, or lobster rolls—to Roger Mac, our very charming, very bookish Champion of Hunks!

*No beagles participated in the actual voting process

4 thoughts on “March Hunkness: Our 2018 Champion of Hunks”